Elections at risk from interference 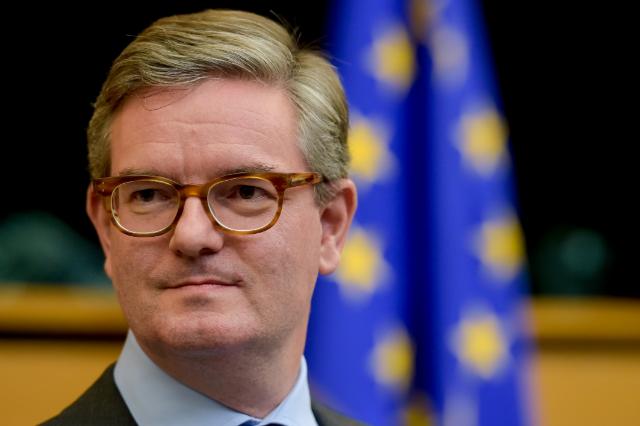 The European election taking place in May 2019, which will appoint the MEPs who will help to shape EU laws for the next five years – and potentially anoint the next European Commission president – could be at risk from foreign interference, the Commission’s security representative Julian King has warned.

“I haven’t got any particular piece of intelligence saying that somebody is going to target the European Parliament elections next spring, or indeed one of the series of elections that is due to take place across Europe,” King said in a speech at a conference on electoral interference he gave on 16 October. “But if you look at the track record, you have to say that there is a chance – some might call it a likelihood – that someone will seek to do just that.”

With a US investigation still underway into potential foreign – particularly Russian – interference in the 2016 US election, King said it would be remiss of Europe not to be prepared for nefarious activities such as hacks, leaks, fake news and the misuse of people’s personal data over the coming months.

“We would not be doing our due diligence if we didn’t work hard to make sure that we are as prepared as we can be against that contingency,” he said. But he warned that cyber attacks “are getting harder to spot and certainly harder to stop”.

Europe must therefore urgently step up its cybersecurity activities, King said. This should include investing in cybersecurity research, increasing the transparency and accountability of social media, and tackling “sponsored content, paid advertising, bots and fake accounts”.

Defensive activities of this sort were recommended earlier this year by an EU High-Level Expert Group on Fake News and Disinformation. The 39-member group of representatives of industry, media and academia said that European politicians should set up a “network of independent European Centres for (academic) research on disinformation”, as well as an independent EU Centre of excellence to facilitate the network.

“Effective action will require continuous research on the impact of disinformation,
increased transparency, and access to relevant data, combined with evaluation of responses on a regular, ongoing basis,” the group’s chair Professor Madeleine de Cock Buning said when presenting the group’s report. “This is particularly important as disinformation is a multi-faceted and evolving problem that does not have one
single root cause.”

But Europe cannot solve these problems alone, said King, stressing the need for “effective international cooperation”. He concluded: “I am confident that we will make progress, and I think it’s urgent that we do make progress.”